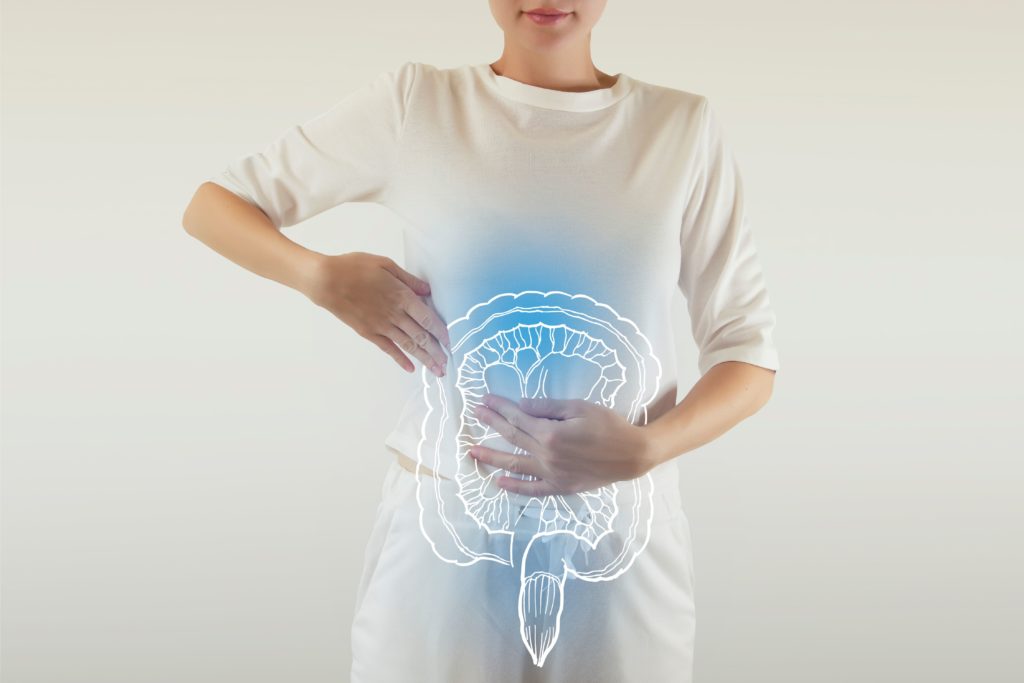 It is difficult to diagnose intestinal diseases. Either because of the false positives that can occur (due to signs and symptoms-driven colonoscopies) or the fact that these diseases do not have their own specific symptoms, being able to reach a diagnosis in which one of these bowel diseases can be detected early is costly. For this reason, biomarkers have become the allies of physicians when it comes to detecting problems in the body. If we talk about intestinal diseases, calprotectin in feces can give us a great amount of data to be able to detect any problem in time.

Calprotectin is a protein produced by neutrophils (a type of white blood cell). This selective marker indicates inflammation in the small intestine and colon. As neutrophils are found in the mucosa of the intestine, when the intestine becomes inflamed, calprotectin production increases. Thanks to this reaction, it can be detected in the stool and thus inform the patient of a possible intestinal disease.

This protein is of particular importance in differentiating inflammatory bowel disease from irritable bowel syndrome. It is also a completely painless test for the patient. A person with IBD (inflammatory bowel disease) will be asked for the test periodically. The physician will be in charge of keeping a history of the patient. Being able to detect calprotectin in stool can reduce the number of endoscopies in adults by up to 67%, making it a wonderful alternative to more invasive treatment. Imaging tests are also avoided.

How does the stool calprotectin test work?

It is important for the patient to be aware of his or her own body and go to the doctor when there are signs and symptoms of gastrointestinal inflammation, so that a health professional can tell him or her what steps to take from that point on.

There are certain symptoms that may portend intestinal problems. They tend to vary over time and between individuals. The most common are:

As mentioned at the beginning, the symptoms of these problems can be confused with other diseases, so it is important that the physician, through appropriate tests, detect what the problem is. The physician will also request calprotectin to determinewhether an endoscopy (colonoscopy or sigmoidoscopy) will be necessary.

No previous preparation is needed to perform this test, only a stool sample collected in a clean container. It is very important that the samples are kept at a maximum temperature of 25º, between 2 or 3 days. Samples containing transport media, formalin or similar compounds, metal ions, oxidizing agents or detergents will not be suitable for calprotectin analysis.

The tests use the double sandwich technique with two monoclonal antibodies that bind to calprotectin. During the first incubation phase, the calprotectin in the sample binds to the antibody. After this fusion, the peroxidase-labeled conjugate is added and a capture antibody-human calprotectin-peroxidase conjugate is formed. Then tetramethylbenzidine, which acts as a substrate, is added. Finally, the reaction has to be defended with an acid solution. The colors of the sample will change from blue to yellow. The more intense the latter color, the more calprotectin concentration it indicates.

By monitoring calprotectin in stool we can monitor the progression of the disease in patients. If the level of this protein goes down, the inflammation is being controlled with the prescribed treatment. If the level continues to rise, the patient may be experiencing a flare (a common feature of this disease) and therefore treatment modifications may need to be made.

The increase in calprotectin indicates, as we have discussed, inflammation in the gastrointestinal tract. However, neither its location nor its cause can be known. The diagnosis becomes even more complicated: the increase of this protein may indicate, as we have already mentioned, an inflammatory bowel disease. It can also mean a bacterial or parasitic infection, or even colorectal cancer. In this case, a colonoscopy is requested in order to detect the cause of this inflammation and the symptoms it is producing.

On the other hand, if the test gives low levels of calprotectin, the symptoms are usually attributed to another cause, such as irritable bowel syndrome or viral infections. In these cases, endoscopy is not recommended.

Stool calprotectin testing is an extremely useful biomarker for diagnosing inflammatory bowel disease or other diseases of the intestine. This non-invasive test can be performed both in patients who suspect they have a bowel problem and in patients who already have the disease and need to be followed up.

This test also provides a wide range of information to physicians that could not be acquired by any other type of test. A blood test, although it can detect inflammation and give certain data (C-reactive protein and erythrocyte sedimentation rate), would not give us the data that calprotectin would give us.

It is important to note that calprotectin does not increase or decrease depending on lifestyle. It is a reaction to inflammation, so changing eating habits or exercise will not change its levels. If the increase is due to an infection, the levels will return to normal when the period of infection is over. If, on the other hand, this increase is due to inflammatory bowel disease (IBD), calprotectin will have peaks and troughs depending on the development of the disease.

Rarely, a non-steroidal anti-inflammatory drug may cause a rise in stool calprotectin. If this is the case, the first step would be to stop taking the drug and go to a physician with the same to request an analysis.

As we know the importance of having updated and tailored medical services, in Ambar Lab we work to be at the forefront of all the analysis and treatments we have available. C ontactour specialists and get advice on any analysis you wish to perform.

Pregnancy is usually good news, accompanied by excitement, joy and courage. However, it is not only positive emotions. In addition to fear, it carries some

We have a large number of hormones in our body that help cells perform their functions. We may be familiar with some of them, such